All of our dogs are FAMILY FIRST. This is not a puppy mill. We live on a big ranch where everyone can run around and play all day.

All of our puppies are RANCH RAISED and get to experience all our property has to offer from swimming in the stock tanks to playing with baby calves.

We have built top of the line air conditioned and heated kennels with large outdoor runs to house our dogs and puppies while we are away and when the little ones are not yet big enough to handle life outside. Honestly sometimes I think our puppies might actually sleep better in there house than we do in ours.

Each one of our dogs gets petted and played with every single day. Their main purpose in life is to be our companions, not to have puppies. My females are typically bred once a year or once every other year and are very well taken care of.  I will rarely have more than one litter at a time, but sometimes if their cycles line up I will go ahead and breed them both.

We have recently health tested our dogs so that we can give an extra guarantee to our new owners that they are getting healthy and happy puppies. I have a page that describes all the testing in more detail.

Learn More about Health Testing
Our Boys
Our Girls 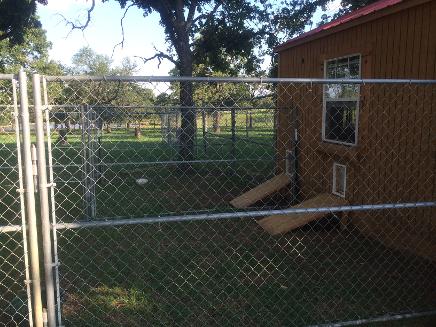 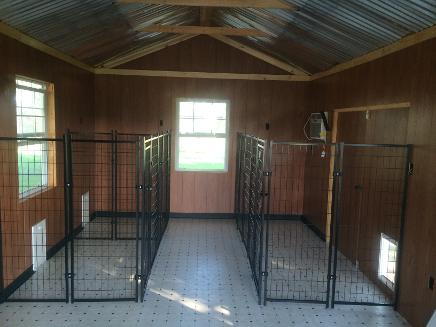 (The information below is what I have come to understand and believe. The subject of Harlequins and Tweeds seems to cause much debate among Aussie people) Harlequin VS Tweed

For most of us, genetics can seem downright confusing; even when researching fairly simple combinations such as the genes influencing coat and eye color.  In Lisa McDonald's A FIELD GUIDE TO COLORATION OF AUSTRALIAN SHEPHERDS, she provides information and photographs on nearly every known variation of Australian Shepherd color, as well as the genes believed to create each pattern.  Better yet, she has managed to genetics!   On the topic of Harlequin Merles, she states the gene creating this pattern is a "dominant modifier of the merle pattern".  In other words, a "Harlequin Merle" is simply a beautiful and unusual variation of the more common Merle color pattern.  When a Merle Aussie possesses the Harlequin gene, the already uniquely beautiful Merle coat pattern becomes even more "exciting".  For instance, a typical Blue Merle would have a base coat of "blue" with black patches scattered throughout, while a typical Red Merle would have a pretty "sugar and spice" base coat with darker red patches.  In the case of a Harlequin Merle, the base coat color is muted; the depigmented areas appearing very pale, possibly even white.  In both the Blue and Red Merles, the darker Merle patches are also affected; a Blue Harlequin Merle may have Merle patches ranging from the typical black, to charcoal gray, to lighter grays, to silver - some with warm reddish tones.  A Red Harlequin Merle may have several distinct variations of red, ranging from dark liver to medium red, to a lighter red, to a pale buff.  Though knowledgeable fanciers recognize the Harlequin Merle as a legitimate color variation, and a true Australian Shepherd, this pattern is not an "accepted" color variation in most show venues. As Lisa McDonald discusses, a controversy arises when we study the breed standard, which states: "...all colors strong, clear and rich...", she  continues with "In harlequins the different colors are quite distinct and do not muddy each other. The fuel for the controversy is that a very few harlequins have small lacy white areas on the body where the patch is depigmented completely. Some interpret this as a white body splash, a disqualifying fault in the Aussie. Others recognize that this is neither a piebald body splash nor the body splash indicative of a homozygous merle, but a byproduct of this type of modification of the merling action. In some harlequins the light areas fill in with pigment as the puppy matures, and in some they remain constant."

Another interesting coat pattern, seemingly related to the Harlequin gene, is called "Tweed".  It is very similar to that a Harlequin Merle in the way it affects the Merle coloration, but test breedings would be needed to know for sure if this is just a variation of the same gene or a different one altogether. The pattern itself seems to be more "evenly distributed" in a distinct pattern and there are very minimal if any areas on the body that appear white.   For a more complete understanding of the Harlequin, please review Lisa McDonald's Coloration guide.

Either way, there is no doubt that the Harlequin or Tweed Merle is a beautiful animal who will turn heads everywhere he or she goes...